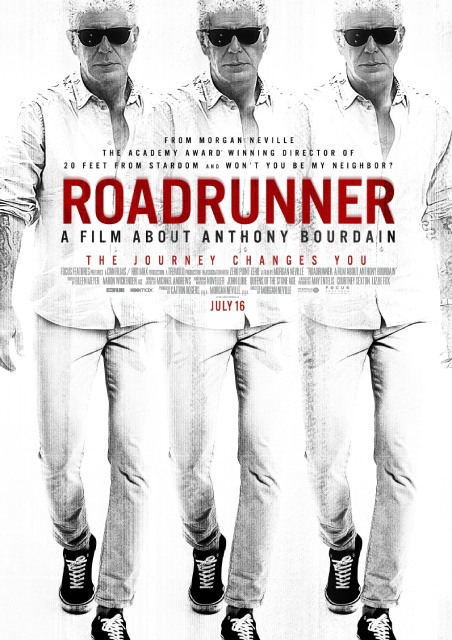 Roadrunner: A Film About Anthony Bourdain

Academy Award®-winning documentarian Morgan Neville (20 Feet From Stardom) reveals how Anthony Bourdain went from chef at an obscure New York restaurant to one of the most notorious and beloved figures in the food world and beyond. Following Bourdain from the legendary New York dive bar Siberia to a perfect lunch in Provence with Michelin-starred chef Éric Ripert, Roadrunner traces the singular trajectory of Bourdain’s career as a bestselling author, world traveler and Emmy® winning television writer and producer. A nuanced portrait of a complex, contradictory and charismatic storyteller, Roadrunner is a fitting tribute to the man who reinvented cultural storytelling, and himself, over and over again.