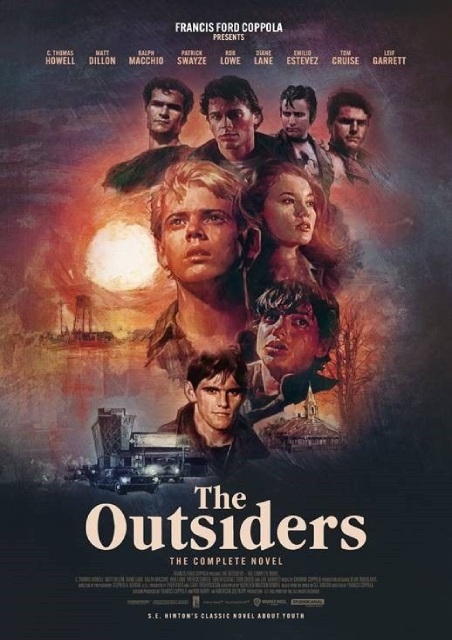 The Outsiders: The Complete Novel

We are delighted to announce the brand new 4K restoration of Francis Ford Coppola's 1983 coming-of-age classic THE OUTSIDERS: THE COMPLETE NOVEL.

THE OUTSIDERS takes place in '60s Oklahoma, centring on two rival teen gangs: The 'Greasers', a class term that refers to the young men on the East Side, the poor side of town, and the 'Socs', short for Socials, who are the "West-side rich kids". Ponyboy (C. Thomas Howell), a tender-hearted and kind teenager’s life is changed forever one night when a scuffle with his friend Johnny (Ralph Macchio) inadvertently leads to the death of a rival gang member, and the boys are forced to go into hiding to avoid arrest. Soon Ponyboy and Johnny, along with Dallas (Matt Dillon) and their other Greaser buddies, must contend with the consequences of their violent lives. While some Greasers try to achieve redemption, others meet tragic ends.

Screened with an exclusive introduction by Francis Ford Coppola.