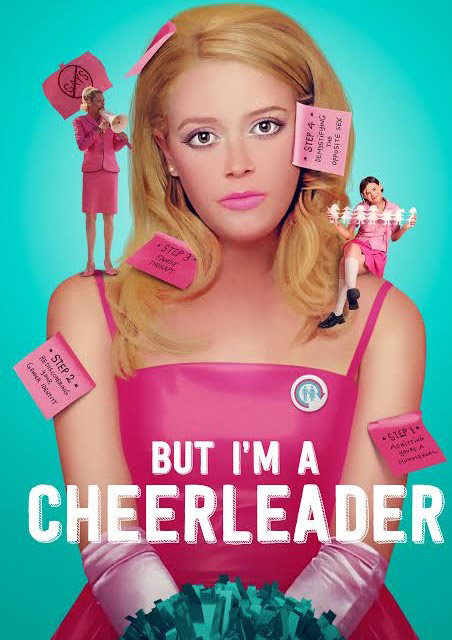 GAZE: But I’m A Cheerleader

There are few things 17-year-old Megan Bloomfield enjoys more than spending her time with high-flying pretty girls in short skirts. She couldn’t possibly be gay though, right? She’s a cheerleader for crying out loud! Her family and friends, however, aren’t convinced, and the homosexual tendencies she displays (such as a vegetarian diet) are too stark to be ignored. In a desperate attempt to guide Megan along the right path, her parents ship her away to a conversion therapy camp where gender roles are reinforced and her lesbianism should be cured. Despite the eager teenager’s best attempts to stay on the straight and narrow, a fellow patient, both stubborn and seductive, makes it very difficult to pray away the gay.

Starring icons such as Natasha Lyonne, Clea DuVall and RuPaul, this film is an essential piece of queer cinema. The 1999 high-camp comedy was well ahead of its time, and over twenty years on, every viewing remains as enjoyable as the last. Although set in a conversion therapy camp, But I’m A Cheerleader is refreshingly uplifting as it tells a playful tale of love and self discovery. A welcome back to cinemas with a warm embrace.