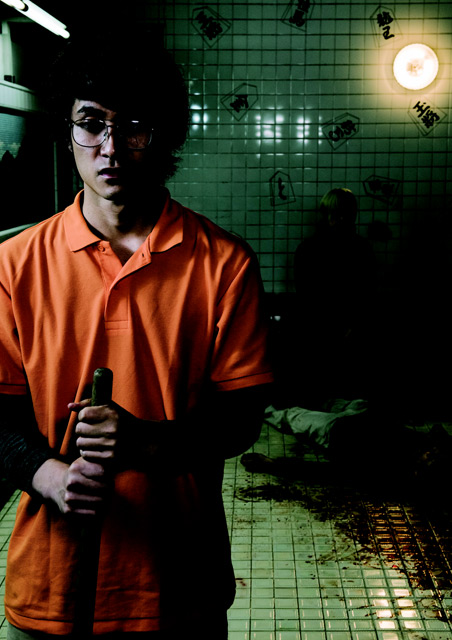 Kazuhiko is an unemployed university graduate, still living at home with his parents.

Despite being overqualified for the job, he is eventually hired by the owner of a local bathhouse as a cleaner and attendant. One night after work, Kazuhiko accidentally discovers his workplace’s dark secret: it is secretly used by the yakuza as a place to execute people. When spotted by the killers, they offer him a deal-

they’ll let him live as long as he helps them with their unpleasant after hours work. With no other option, socially awkward Kazuhiko finds himself working as a very different type of cleaner.

Melancholic is a film that makes you expect it’s going one direction, before leading you down another one altogether. It elegantly manages to be a darkly comic yakuza thriller as well as an unexpectedly sweet and understated drama. A deserving winner of Best Director in the Tokyo International Film Festival’s Japanese Cinema Splash category, this is a bold, surprising and charming debut feature from director Seiji Tanaka.

This film is rated Club, which means it can only be attended by those who are 18 and over.