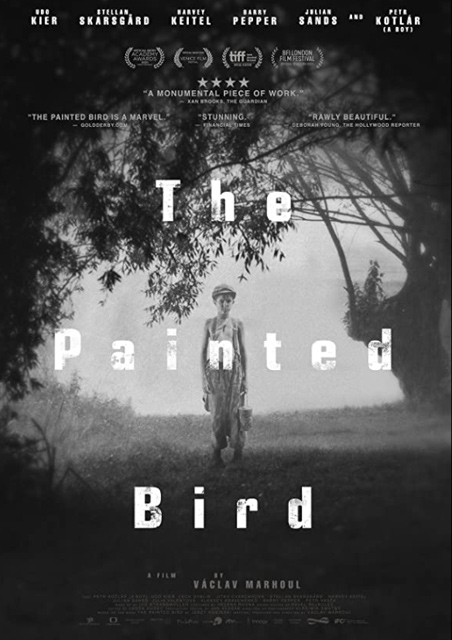 This film is rated Club, which means it can only be attended by those aged 18 and over.

The Painted Bird follows the journey of a boy, entrusted by his Jewish parents to an elderly foster mother in an effort to escape persecution. Following a tragedy, the boy is on his own. Wandering through the desecrated countryside, the boy encounters villagers and soldiers whose own lives have been brutally altered, and who are intent on revisiting this brutality on the boy. When the war ends, the boy has been changed, forever.

Shot in crisp black and white 35mm – Václav Marhoul’s The Painted Bird does far more than simply depict the horror of war. It is an unflinching examination of the very worst of humanity.