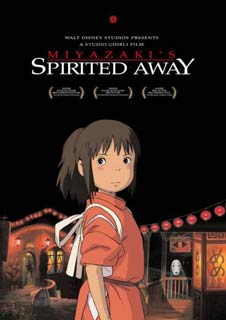 A visionary work, Spirited Away was the winner of the 2001 best animated feature Oscar®, and is one of Studio Ghibli’s most universally appealing films. The film tells the story of Chihiro’s adventures and struggles rescuing her parents from an evil witch by working in a bathhouse to the gods.