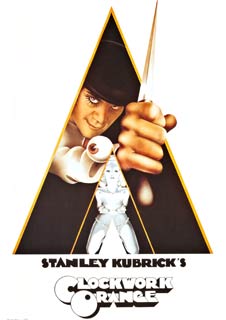 Stomping, whomping, stealing, singing, tap-dancing, violating, Derby-topped teddy-boy hooligan Alex (Malcolm McDowell) has his own way of having a good time. He has it at the tragic expense of others. Alex's journey from amoral punk to brainwashed proper citizen forms the dynamic arc of Stanley Kubrick's future-shook vision of Anthony Burgess's novel. Unforgettable images, startling musical counterpoints, the fascinating language used by Alex and his pals - Kubrick shapes them into a shattering whole.